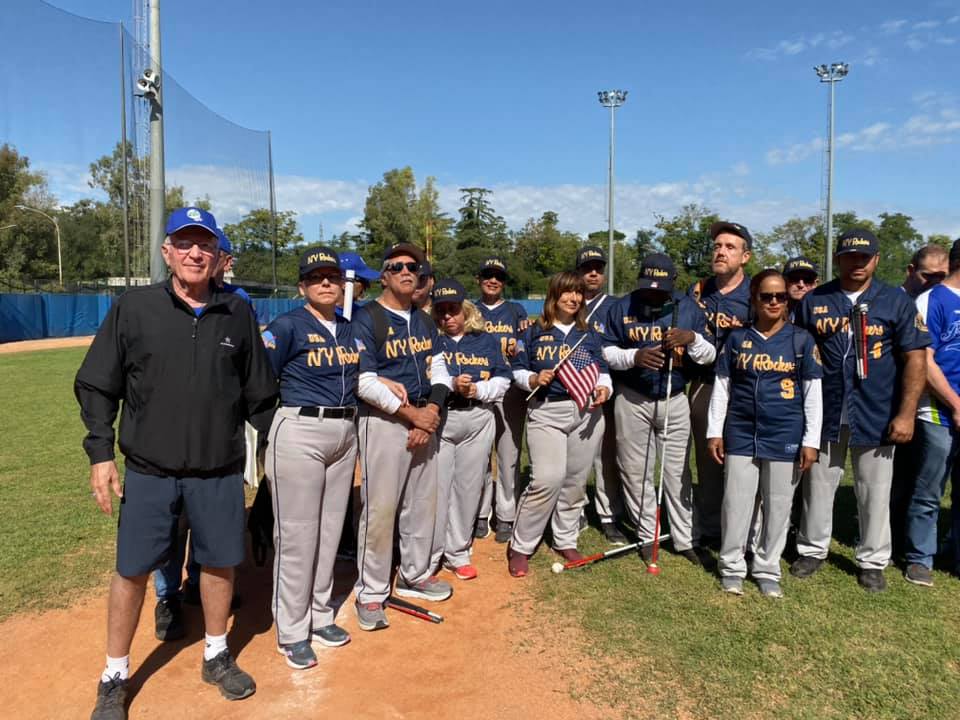 Growing up as Brooklyn Dodgers fan idolizing Jackie Robinson and Roy Campanella, American Baseball Coaches Association (ABCA) Hall of Famer Donald Landolphi crossed the Atlantic in 1973 to serve as Team Italy manager Bill Arce's assistant coach until 1975. Taking immense pride in his Italian heritage, Donald Landolphi continues to help grow the game in Italy and around the world. Having chaired the International Committee for the ABCA, when it was known as the American Association of College Baseball Coaches, Donald Landolphi has been an international ambassador for USA Baseball and Major League Baseball.

Donald Landolphi's passion for the game abroad grew even larger in Italy, where he was introduced to baseball for the blind. He said, “I saw the game for the first time in the early 2000's. I was teaching in northern Italy, and I saw out on the field a former Italian ballplayer of mine from Florence was teaching people how to hit the ball. I went over and asked if I could help, and he showed me how it all worked. I have been working with the blind since 2014 in Brescia when I was a visiting Professor at the University of Brescia. Since then, I have been trying to create interest in the USA. Tom DeRosa was one of the original players. He and and his wife, Sandra, have a team called the New York Rockers. They participated in the IX Mole's Cup Tournament in Rome three weeks ago. I am now in the process of trying to get more participants in the USA. The Italian baseball league for the blind gave me the AIBXC Honor Award for my work to date."

The first game of baseball for the blind was played over 25 years ago in Bologna. Organized by the Associazione Italiana Baseball per Ciechi (AIBXC), the Italian baseball league for the blind now has eleven teams: five in the Lombardia Region (Patrini Malnate, Lampi Milan, Leonessa Brescia, Thunder’s Five Milan), one in Friuli Venezia Giulia (Staranzano), one in Rome (All Blinds), one in Florence (Fiorentina), one in Umbria (Redskins), and two in Sardinia (Thurpos and Tigers Cagliari).

In the Italian baseball league for the blind, players hit a “sound” ball, which contains chimes inside. Players run the bases with the help of wooden clappers. In the field, the ball can be stopped using the body, then thrown to a target with a sighted assistant calling for and catching the ball. There are no pitchers or catchers. Instead, batters hold the ball in one hand and hit it with the other. Players do not have to be completely blind to participate. A team consists of five blind players, one sighted player, and a sighted defensive assistant. Donald Landolphi said, “The most difficult part is running from third base to home — there’s no sounding device on that stretch. You need to come within three feet from the plate or you’re out.”

Donald Landolphi with the support of New York Adaptive Blind Baseball League coach and co-founder Thomas DeRosa introduced American players, coaches, and volunteers to the Italian version of adaptive baseball in 2015. The NY Rockers officially chose their team name in 2018 and hold weekly practices at New York City’s Central Park. For helping visually challenged individuals gain a love for baseball, Donald Landolphi was recently given the AIBXC Honor Award while coaching the NY Rockers in Italy. No doubt receiving the Italian accolades ranked high on his list of most memorable moments.

Another proud memory for Donald Landolphi was receiving a phone call of gratitude from Team Italy pitching patriarch Alessandro Maestri after the 2006 World Baseball Classic. Mentored and coached by the legendary Donald Landolphi since he was an aspiring 8-year-old player, Alessandro Maestri was the first Italian-born and developed player signed by Major League Baseball (Chicago Cubs, 2006). The great Donald Landolphi has had a significant impact on the growth and development of the game. He should be commended for his invaluable contribution to Italian baseball and congratulated for his recent AIBXC Honor Award. Forza #Italia!

PERMALINK - The full url to this article:
https://www.aibxc.it/news/dettaglio.php?id_news=580